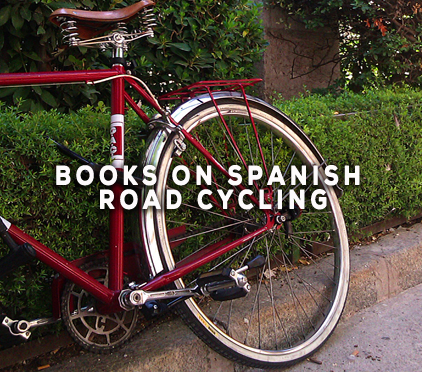 Great Books To Read Before You Bike Spain! 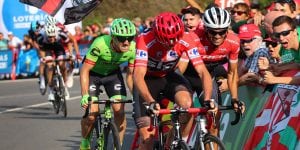 Books to read about La Vuelta a España

The first book recommended if you are cycling in Spain and to give you a great idea about its national race, is Viva la Vuelta – the Story of Spain´s great bike race by Lucy Fallon and Adrian Bell. A very readable book about the origins and start of this great race, its inferiority complex due to Spain´s isolation during their Civil war and subsequent dictatorship and how it moulded Europe´s attitude toward this tour of Spain. Blow by blow of its history and each year´s race and the exciting stories that go with them, it is a book that helps define and explore this race and the important part is has played in many a famous cyclist´s life including Greg LeMond, Sean Kelly and Jan Ullrich

Not a book per se, on La Vuelta, but certainly with some of the personalities involved in it through the years with of course, Nairo Quintana and Rigoberto Uran, being today’s products of this Kings of the Mountains: How Colombia’s Cycling Heroes Changed Their Nation’s History by Matt Rendell. A different take on cycling heroes and characters, Rendell examines Columbian cycling start from its basic start in 1950s and the notable cyclists from this country who overcame great odds such as poverty, political persecutions, drug cartel threats and assassinations to achieve greatness in European cycling. with a special affinity with La Vuelta

Books to read about Spanish Cyclists

Another good read is The Eagle of Toledo: The Life and Times of Federico Bahamontes, one of  Spain´s top climbers and chosen in 2013, by L’ Équipe Magazine as the world´s best. Alasdair Fotheringham has fleshed out this fascinating cyclist and his rise from Franco’s regime to win the Tour de France in 1959 and King of the Mountains, in all 3 Grand Tours. A superb climber, who hated descending!

Spanish cycling again, the bittersweet story of Spaniard Jose Ocaña (1973 TdF winner) who challenged Eddy Merckx and was probably one of the most unfortunate athletes in history. Alasdair Fotheringham’s book, Reckless: The Life and Times of Luis Ocaña is one all cyclists should read.