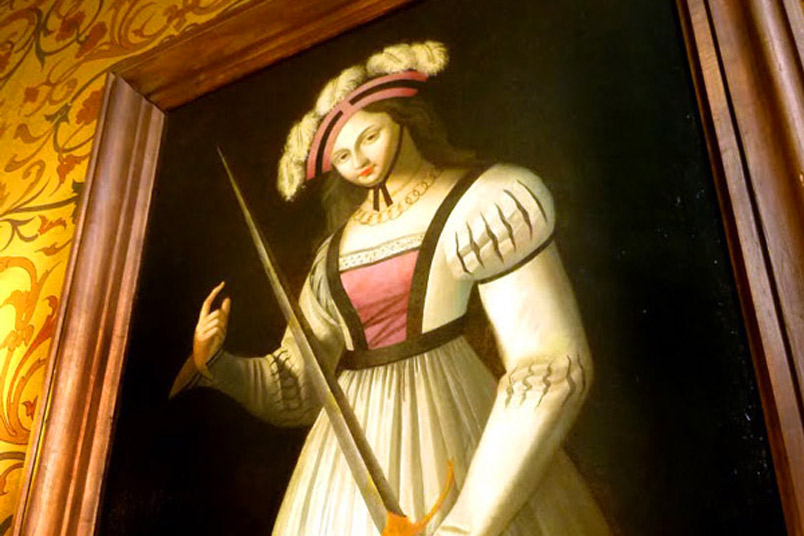 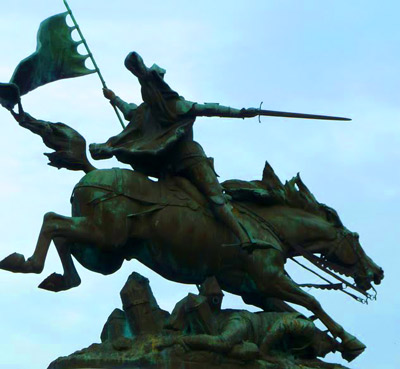 Eager to learn about France for a planned trip? Here is a must read list of books on those famous French women who changed the course of France’s future.

The Most Courageous Act is still to think for yourself, Aloud. 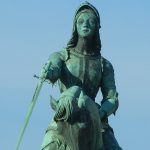 Travelling to France and want to pick up some books to learn about the culture? A powerhouse of everything from food, art, history, and fashion, to philosophy, music and more, there are so many interesting topics.

However, a group of unsung heroes are awaiting to be learnt about.  All those influential French women who changed their world and then ours.

We always hear of history, but let’s take a look at Her Story!

Here is a list of great books on France’s inspiring historical famous women.

MEDIEVAL WOMEN AND THEIR IMPACT ON HISTORY 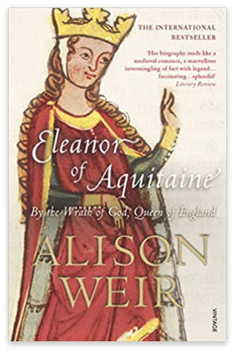 France has had many female influences, politically. Allison Weir’s book Eleanor Of Aquitaine: By the Wrath of God, Queen of England is an in-depth look at one of the most fascinating. Powerful wife of 2 Kings of 2 countries, mother of Richard the Lionhearted, Crusader, ruthless politically and patron of poetry. You cannot visit Chinon on your bike trip without sensing Eleanor’s dominating presence!

Interested in acquainting a younger audience with this legendary women? Try Polly Schoyer Brooks’ Queen Eleanor: Independent Spirit of the Medieval World, which is very readable for teens. Film buffs, watch out for superb dialogue in 1968’s film A Lion in Winter. Kate Hepburn’s Queen Eleanor is potent.

Get to know beautiful Chinon, home of Eleanor on our Route of Kings Self Guided Easy Cycling on the Loire. Perfect for families to explore and learn about this commanding woman. 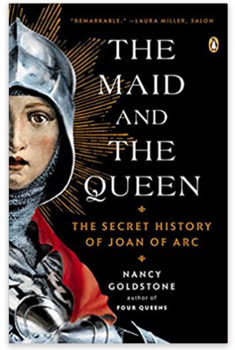 Marina Warner’s novel, Joan of Arc, is like her other historical portrayals, fascinating, human and extremely well researched. There are many books on Joan with even Mark Twain having a go at writing about this enigmatic famous female.

Historical writer, Nancy Goldstone, has described this tumultuous French period with The Maid and the Queen hinting at a secret life with a possible patronage by an Italian Queen.

Another read on this remarkable teenager is by Donald Spoto Joan: The Mysterious Life of the Heretic Who Became a Saint. It shows that everyone who follows their heart can change history.

Goldstone also has a fascinating take on the controversial French queen Catherine de Medici (who lived in Chateau Chenonceau) and her daughter in Rival Queens: Catherine de Medici, Her Daughter Marguerite de Valois. Another tome to tarry over is Sarah Gristwood’s Game of Queens, the Women who made 16th century Europe.  Explored are other power house hitting queens like Isabel of Spain and Anne Boleyn, as well as Catherine de Medici. 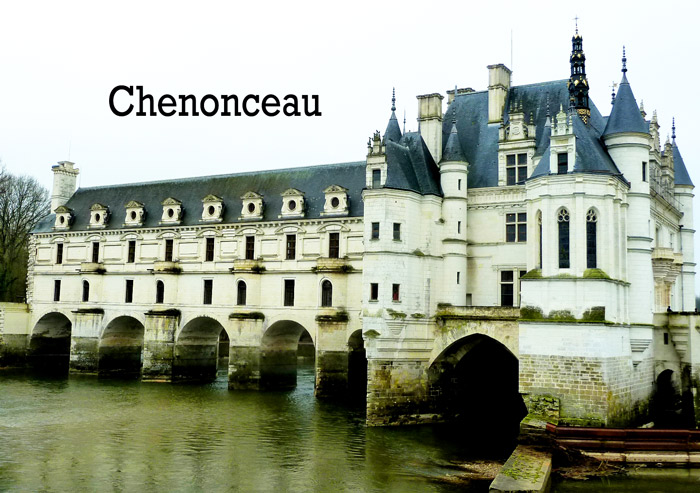 All battles are first won or lost, in the mind. 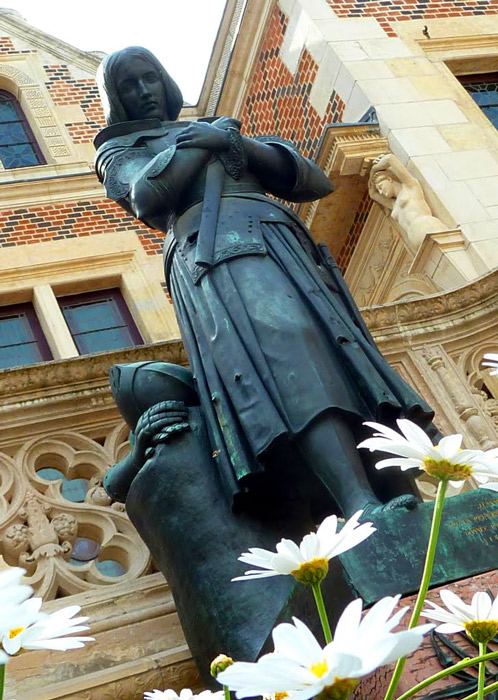 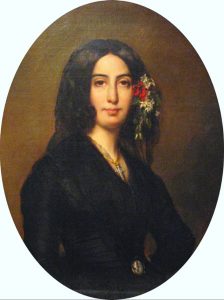 For a good read on an interesting French personality of the 1800s is Sandra Gulland’s captivating trilogy of Josephine Bonaparte in The Josephine B Trilogy.  Overlooked due to her spouse’s fame, Josephine’s development from young widow to the Empress of France is impressive. A very readable fictionalized account of her history.

Prolific author and activist, George Sand is another stimulating historical French woman to read about from the 1800s. Famous for her transcendence of traditional confining roles assigned her sex, she is a true role model. Once declaring, ‘You may impose silence on me but you can not restrict my thinking.’

Sand’s amazing life, sharing philosophical thinking with other luminaries like Zola, Balzac, Gustave Flaubert, Eugène Delacroix and Franz Liszt, is outlined in The Dream Lover: A Novel of George Sand by Elizabeth Berg. Sand’s interesting relationship with musician, Frederic Chopin, living in Mallorca, Spain and her own thoughts, diarylike, are featured in the autobiography A Winter in Majorca. 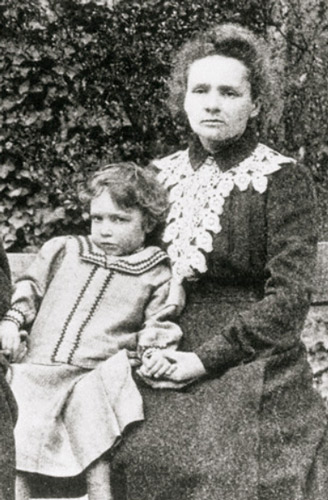 How could we mention famous women who made their mark on France, without measuring this brain power protagonist, Madame Marie Curie.

A Polish naturalized citizen, Curie’s great struggle is outlined well in Barbara Goldsmith’s, An obsessive Genius. The Inner world of Marie Curie. Madame Curie’s fight for equality as a woman, physicist/ chemist, her immense war effort, 2x Nobel Prize winner and mother of 2 daughters (one winning a Nobel prize herself) is impressive on every level.

Talking about accomplished, a must read is Josephine Baker’s story, (Baker, another naturalized resident). Parisian legend of song, Black activist, French resistance fighter, mother of 12 adopted children of all different ethnicities, her life is related in Sherry Jones’ Josephine Baker’s Last Dance (2018). Baker, who adopted France as her country after renouncing her American citizenship, was given full French military honours upon her death in 1975. The only American woman to have ever received such. A real mover and shaker. 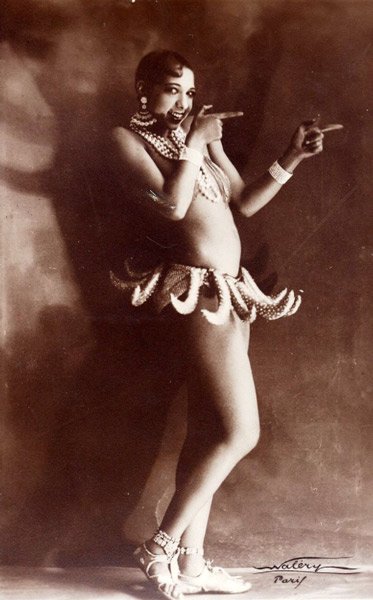 I have walked into the palaces of kings & queens and into the houses of presidents… But I could not walk into a hotel in America and get a cup of coffee, and that made me mad. 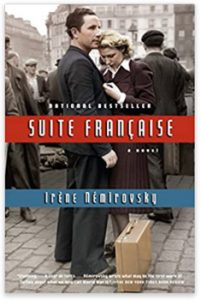 Turning to world famous fashion house, Chanel, and the captain who steered it, Coco Chanel.  Credited in emancipating females from corset into sporty chic, Chanel’s fashion influence is immense, even today.

There are several books on this fascinating life including her murky depths in W.W.II.  Hal Vaughan’s Sleeping With the Enemy: Coco Chanel’s Secret War portrays Chanel as a Nazi Agent versus Lisa Chaney’s Coco Chanel: An Intimate Life, which is a far gentler look.

On the topic of World War II is French writer, Irene Nemirovsky. Nemirovsky was not an unknown writer in the 1900s, but perhaps not famous until now. Her books (and life) are worth a mention. Highly recommended is her moving novel Suite Francaise. Set in France during the start of W.W.II, it describes a small community caught in the midst.

Almost autobiographical, it was created by Nemirovsky under oppressive war conditions. The Jewish author’s later death in Auschwitz meant her manuscript was lost for decades until published in 2004. It was also made into a movie staring Kristin Scott Thomas in 2015. Today it can be seen as a masterpiece of hope and strength.

Visit the places where these famous French women lived and thrived