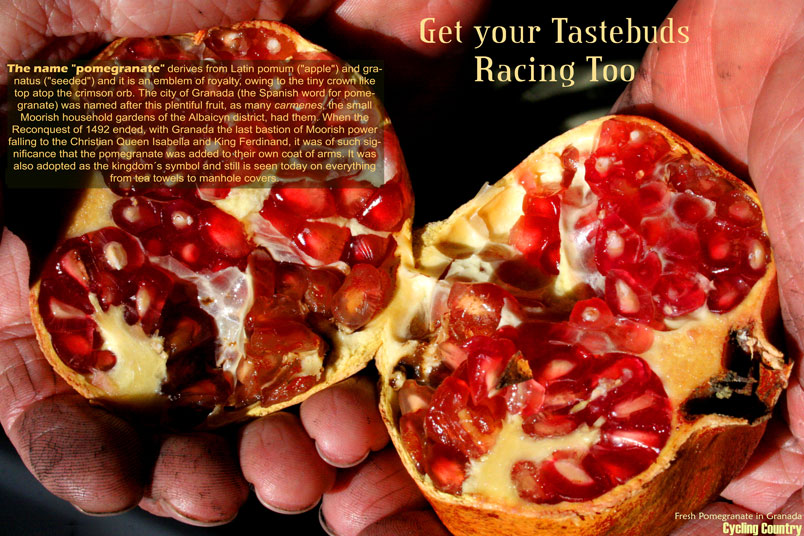 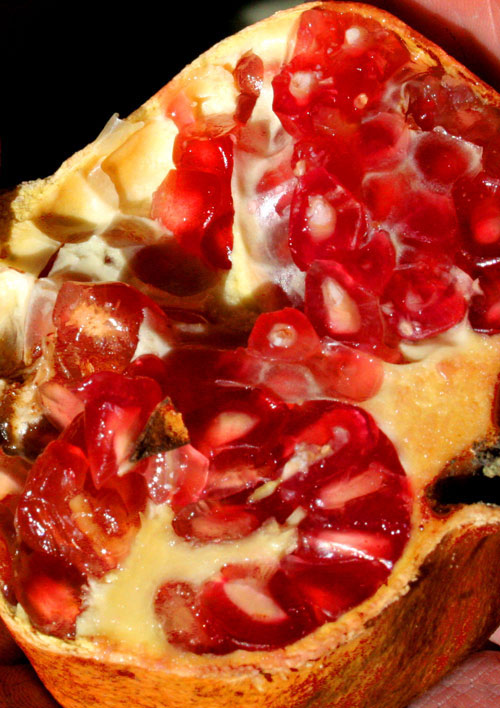 Want an easy way to improve your fitness? Add Pomegranates to your life and diet.  Eat this nutritious super food of Southern Europe and maintain a healthy lifestyle with it.  Delightfully beautiful. Preciously potent. This fruity symbol of Granada, Spain, packs a powerful punch of vitamins and all cyclists should embrace it.  Here is an easy recipe to include into your menu. 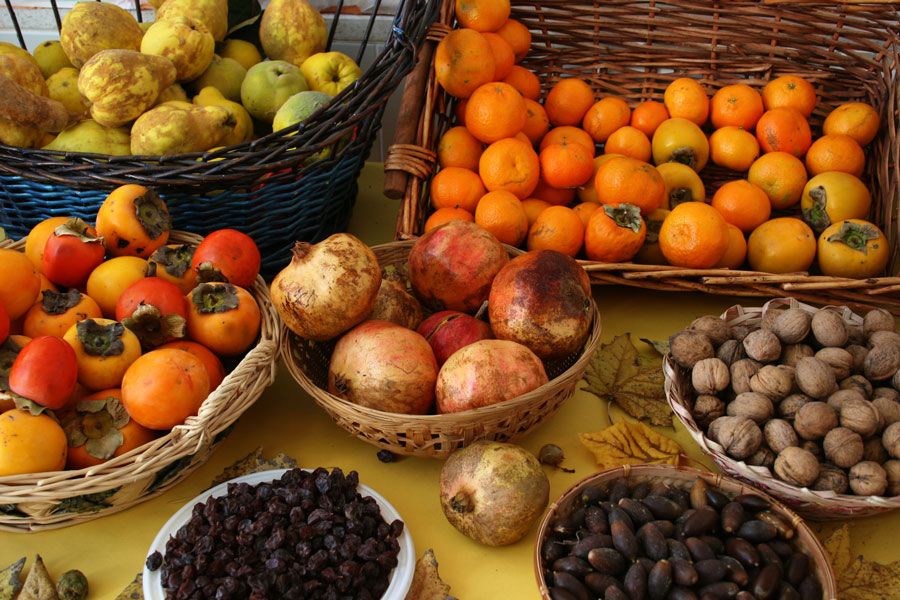 Give your cycling and fitness performance a boost. Eat a pomegranate! Studies show that this miracle Mediterranean fruit helps lower blood pressure. It also decreases some types of heart disease and are superb anti-inflammatories. To top it off, this amazing fruit has three times as many antioxidants as either wine or green tea. Cholesterol free, fat free, very low sodium and a superb source of Vitamin C, you couldn’t ask for anything better.

Eat your way to a health, enjoy these Super fruits

For active people where osteoarthritis threatens, pomegranates have been shown to slow cartilage deterioration.  It also helps with type 2 diabetes. Cyclists who are worried about time in the saddle harming their… ahem.. performance, there is good news. Amazingly this fruit is also known to be very helpful in erectile dysfunction.

In addition to that, an America’s National Institute of Health study states that patients given pomegranate juice had a better chance fighting infections. A good reason to down a glass already.

So make this super food part of your diet and get going on that bike knowing you are a healthy fitter person!

“As a piece of a pomegranate are thy temples within thy locks.”
Song of Solomon 6:7 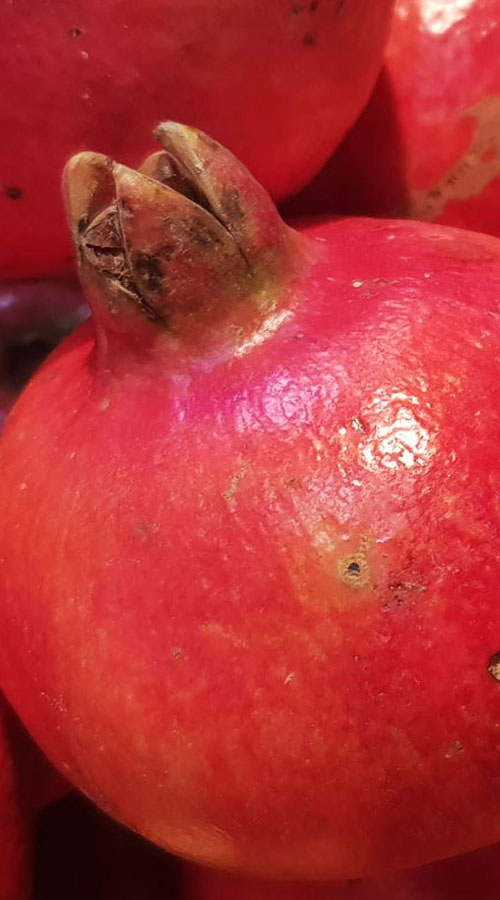 Pomegranates, super food of Southern Europe and for the Gods 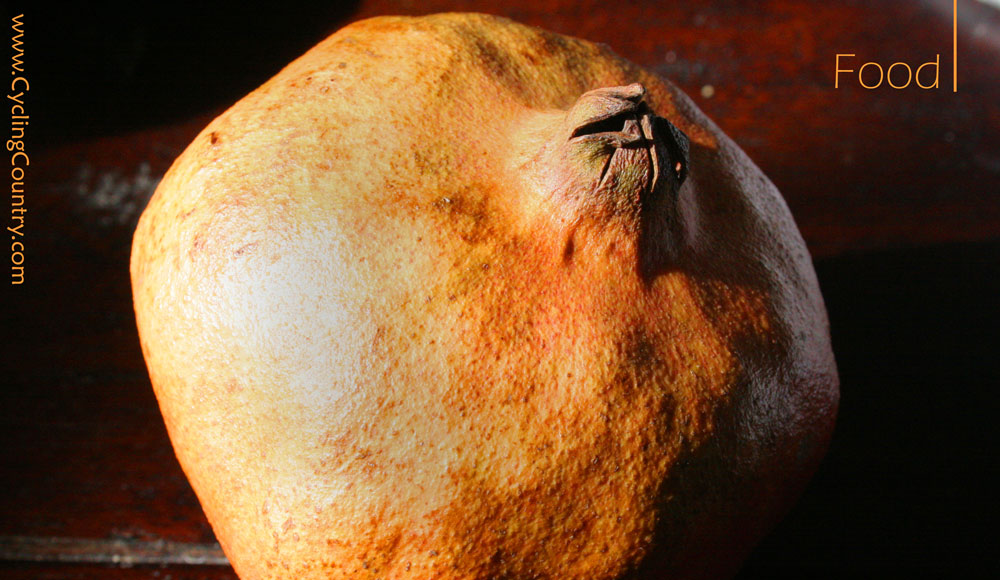 History, has ennobled this fruit, for ancient Egyptian gods presided with pomegranates and buried their Kings with them for a better afterlife.
Persians believed they were symbols of life and fertility. Meanwhile, Greeks thought the origin of the fruit, was thanks to Aphrodite, Goddesses of love planting them on Cypress. Greek mythology also often portrayed Hera, the wife of Zeus, holding a pomegranate representing autumn harvests and regeneration.

In other religions, Buddha favoured one that was gifted by an elderly woman. Pomegranates are also mentioned in the Bible many times and in the Qur’an. Mohammed, the Prophet, advised pregnant women to eat them, for they a symbol of beauty and thus, they would have gorgeous children. Was this really the forbidden fruit of Adam and Eve fame?  Some scholars think so!

This is the royal pedigree of the Pomegranate. A majestic looking fruit in all ways, from its thick red hide and fanciful corona top, to its resplendent crimson glistening seeds. It surely a the fruit of great distinction. 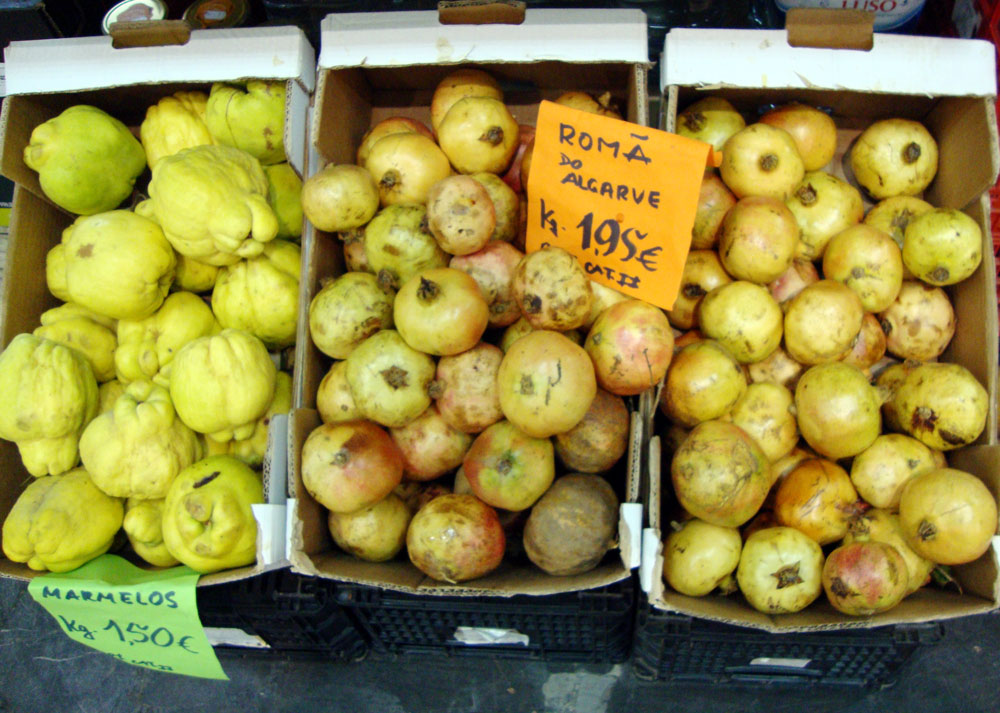 Where do Pomegranates grow?

Cultivated for centuries in the Mediterranean for centuries, Afghanistan is actually known as its birthplace.

The Punica granatum, (deriving from latin, pōmum “apple“ and grānātum “seeded.”) has always been associated with fertility because of its copious seeds. The love of its taste and wish to add them to dishes has seen it commercially cultivated worldwide.  In Malaysia, the East Indies, North America (introduced by the Spanish in the 17th century) and even parts of Africa, the fruit is desirable and grown. 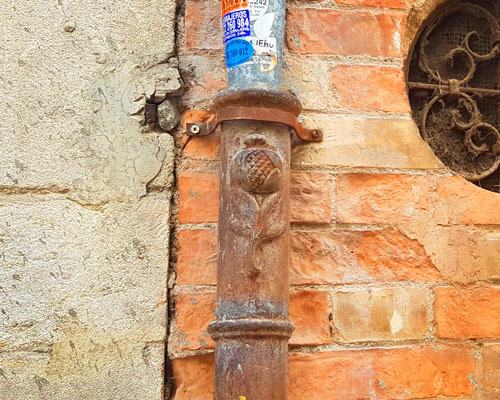 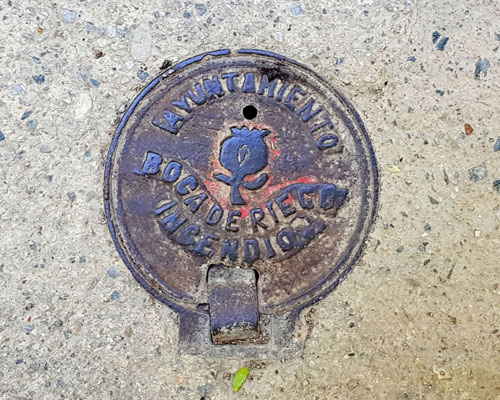 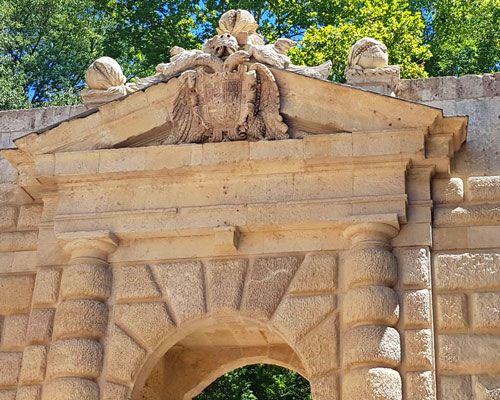 We, ourselves, are blessed by the Gods living in the land of Pomegranate. Southern Spain’s Andalucian Granada Province, and city, was originally named by the medieval Moorish community, “Granata”. This was due to their popular and successful cultivation of this super food, flourishing in Al-Andalus.

Go to the Alhambra palace and you will see their Islamic horticulturalists of the mid-11th century A.D. adored them too. Pomegranate shrubs are still a mainstay in gardens everywhere here with their charming dash of colour.

Medieval Queen Isabel’s daughter, Catherine of Aragon, last princess to live in Granada’s Alhambra Palace brought to England this love of the fruit. The heraldic symbol of her and Henry VIII, was the twining of an English rose and pomegranate. Even now if you visit Katherine’s tomb in Peterborough Cathedral, you will see that people place pomegranates on it in commemoration of her Granadino roots.

Few fruits have such accolades to boast of. 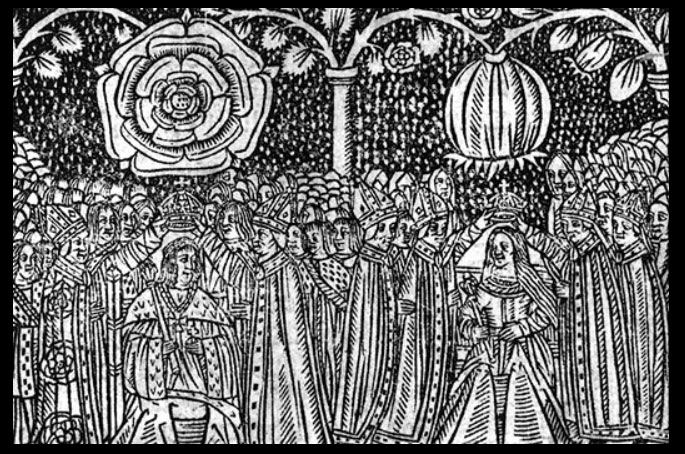 “Just like the pomegranate, I will take Andalucía, seed by seed”  Reconquest Queen Isabel 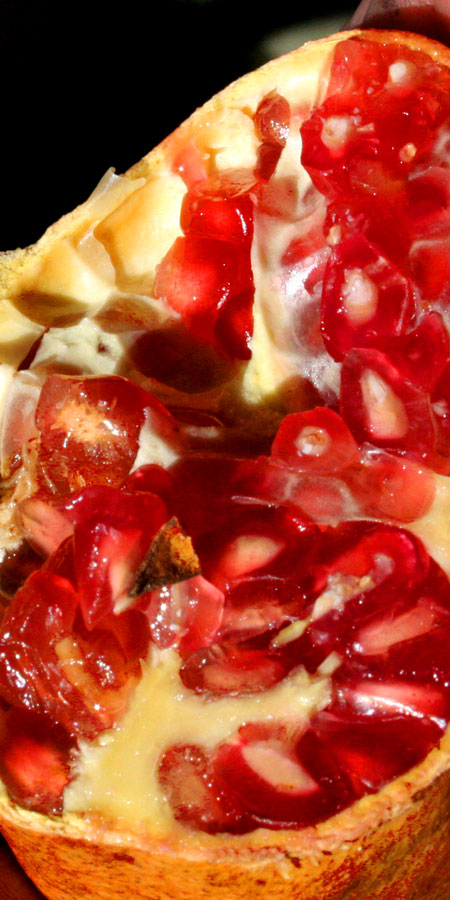 Today’s Spanish word for the fruit, granada, is a derivative of the Arabic word. Spain’s keeping of the pomegranate as an Andalucian emblem, reflects its long and impressive Moorish lineage as well. Thus, designs of “granadas“, the symbol of the city, are found everywhere in this Southern Spanish province. See them in every conceivable place from Granada’s traffic bollards, road signs, roundabout sculptures to souvenir ceramics. 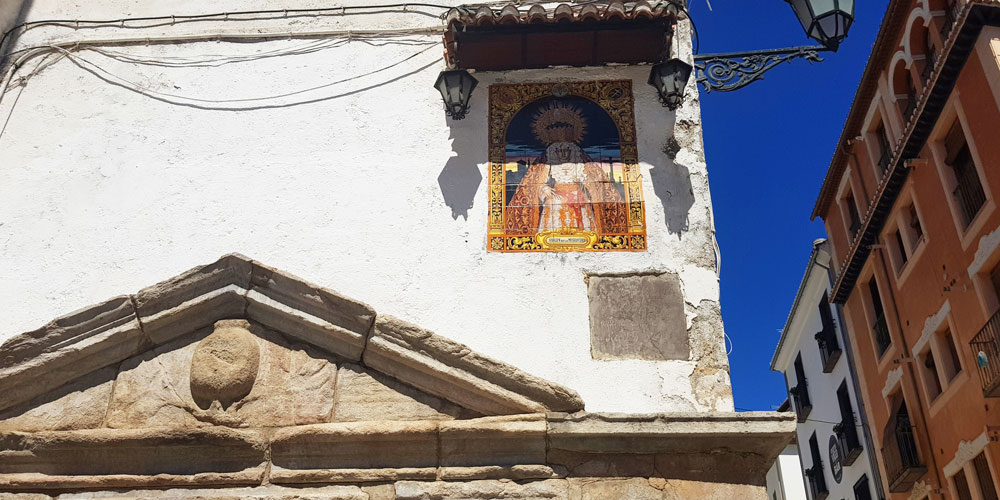 “her sweet red lips on these lips of mine Burned like the ruby fire set In the swinging lamp of a crimson shrine, Or the bleeding wounds of the pomegranate.” Oscar Wilde 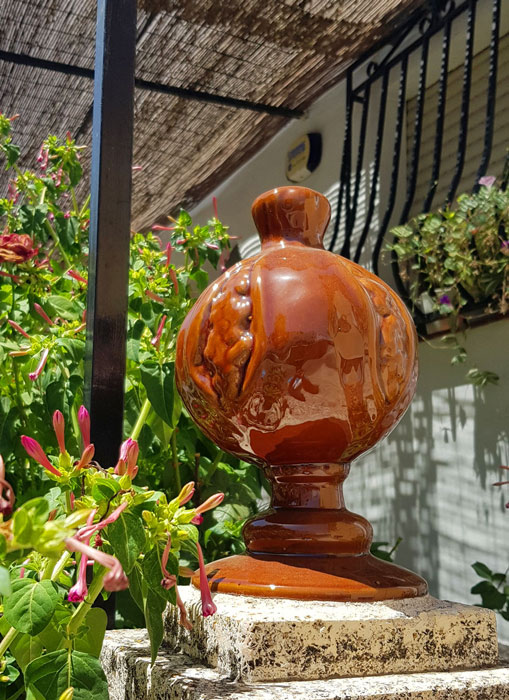 Growing a Pomegranate in your own garden

This hardy plant prefers sunny spots and alkaline soils though some colder temperature species have been developed.

Upon planting, give them a good soak until established, however afterwards, they can withstand long periods without moisture.

Pomegranates may bear fruit in one year but normally, it is 2-3 years.  When they do come, blooms are very pretty and resembling fuchsias, hinting that fruit will be arriving in 6 months.

Growing up to 6 meters (20 feet) tall Pomegranates are generally trained into small trees.

Pomegranates and a lean Mediterranean diet is perfect for cyclists.
Added to salads or as a garnish on meat, it makes a gorgeous, healthy and colourful addition to elevate a meal.  Really a miracle food.

How to De-seed a Pomegranate to eat it!

The trick to easily de-seed the pomegranate is to: 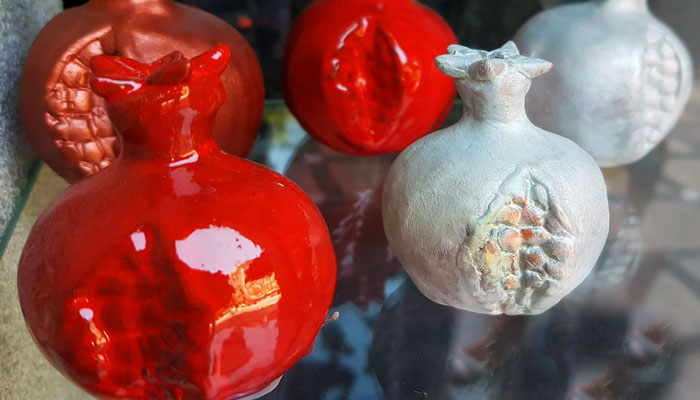 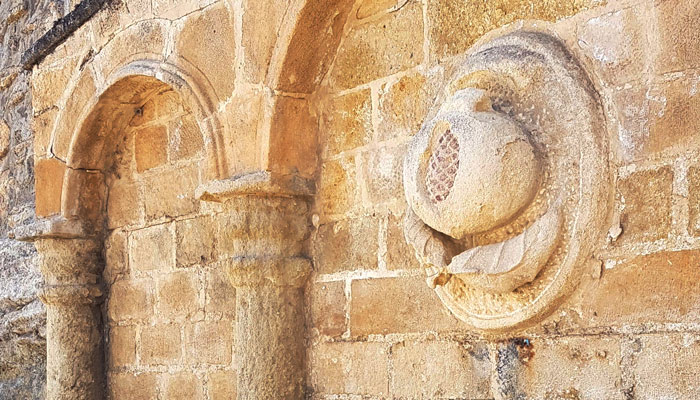 Here is a lovely Mediterranean dish and a gorgeous take on the simple Spanish ensalada mixta: 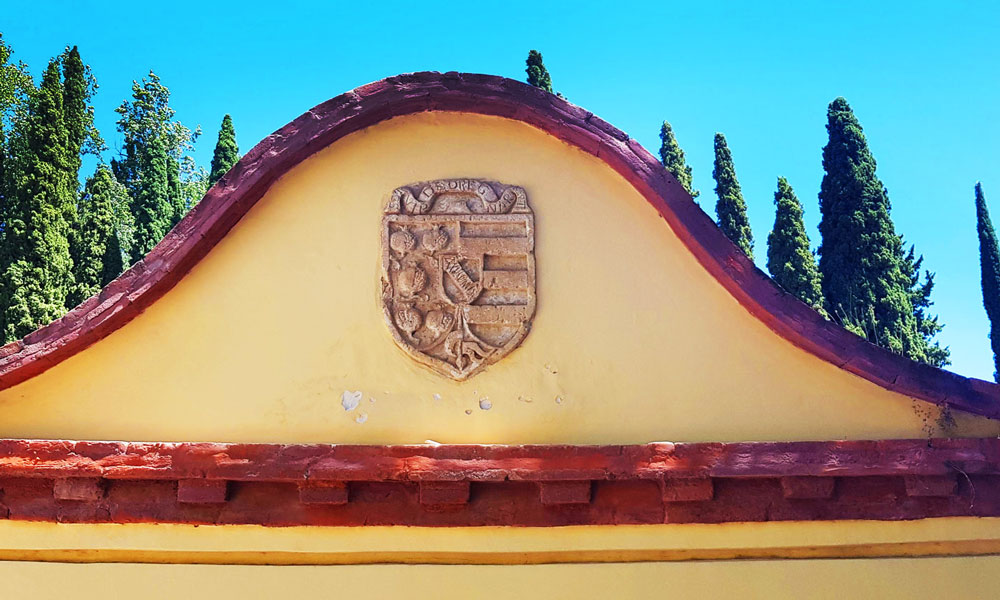 Visit Granada on many of our bike tours and enjoy this amazing city’s culinary treasure.

P.S. Enjoyed this blog? Sign up to receive notifications every time we post and get regular updates on our latest tours.