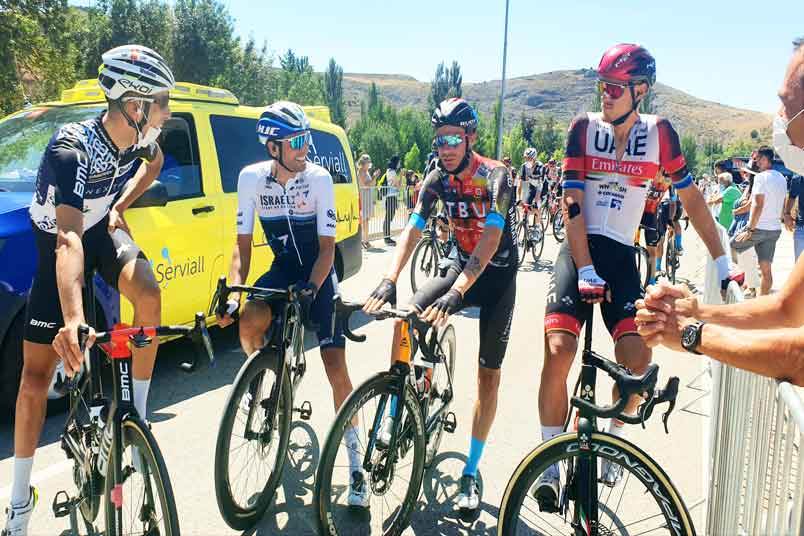 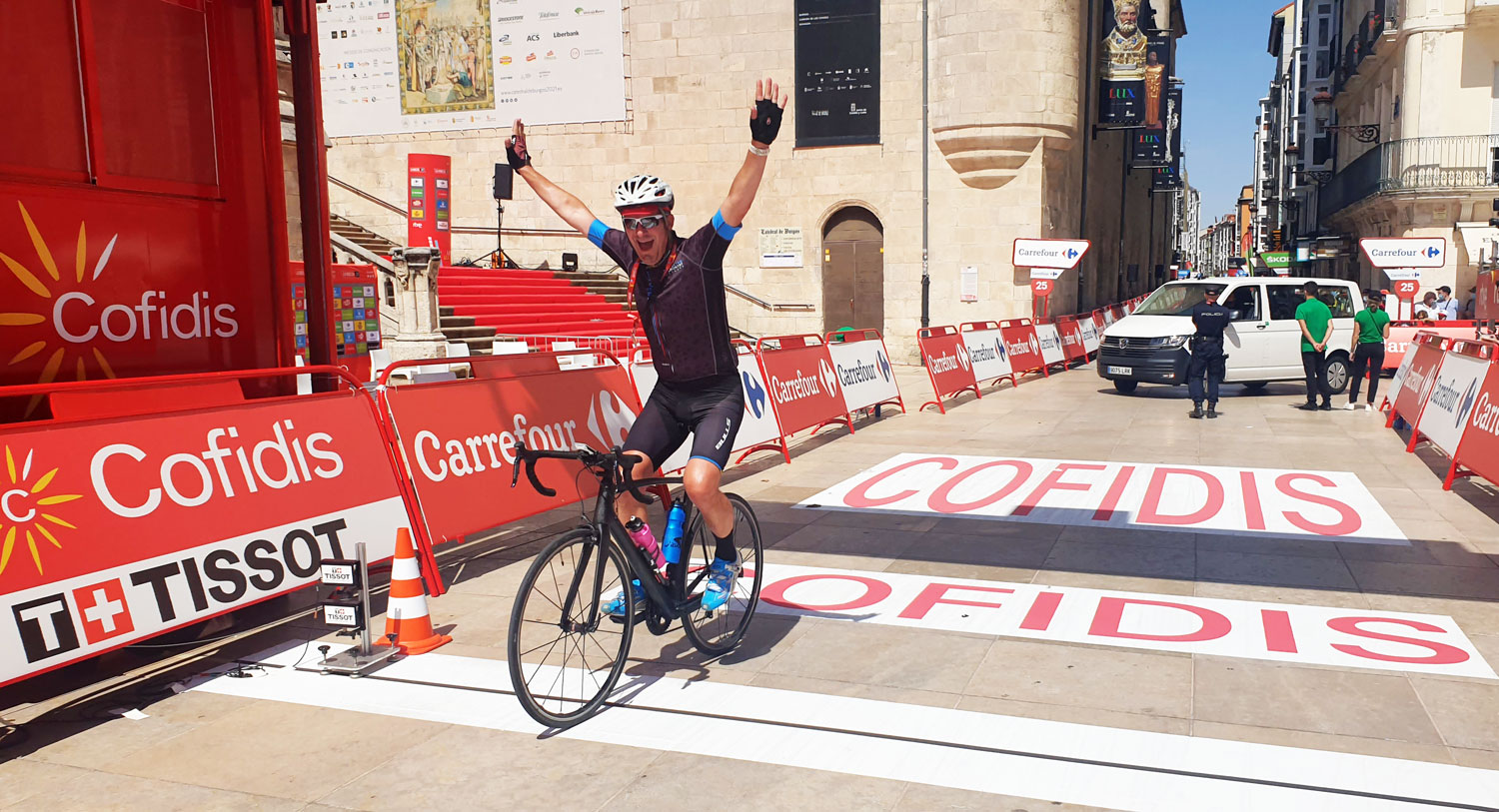 La Vuelta, one of Europe’s most exciting pro-cycling races is on this August/September and there is never a dull day. Race upsets, steep ramps to battle, a superb photogenic cycling landscape, the Tour of Spain should be a real favourite of every cycling enthusiast.

It has been an incredibly action packed first week in La Vuelta a España 2021. Usually the first stages of a Grand Tour are ones for the race favourites to hide in the peloton and let the sprinters and breakaways do their thing – but not so with La Vuelta. Coupled with a heatwave in Spain, the riders had to contend with temperatures of 35C+. 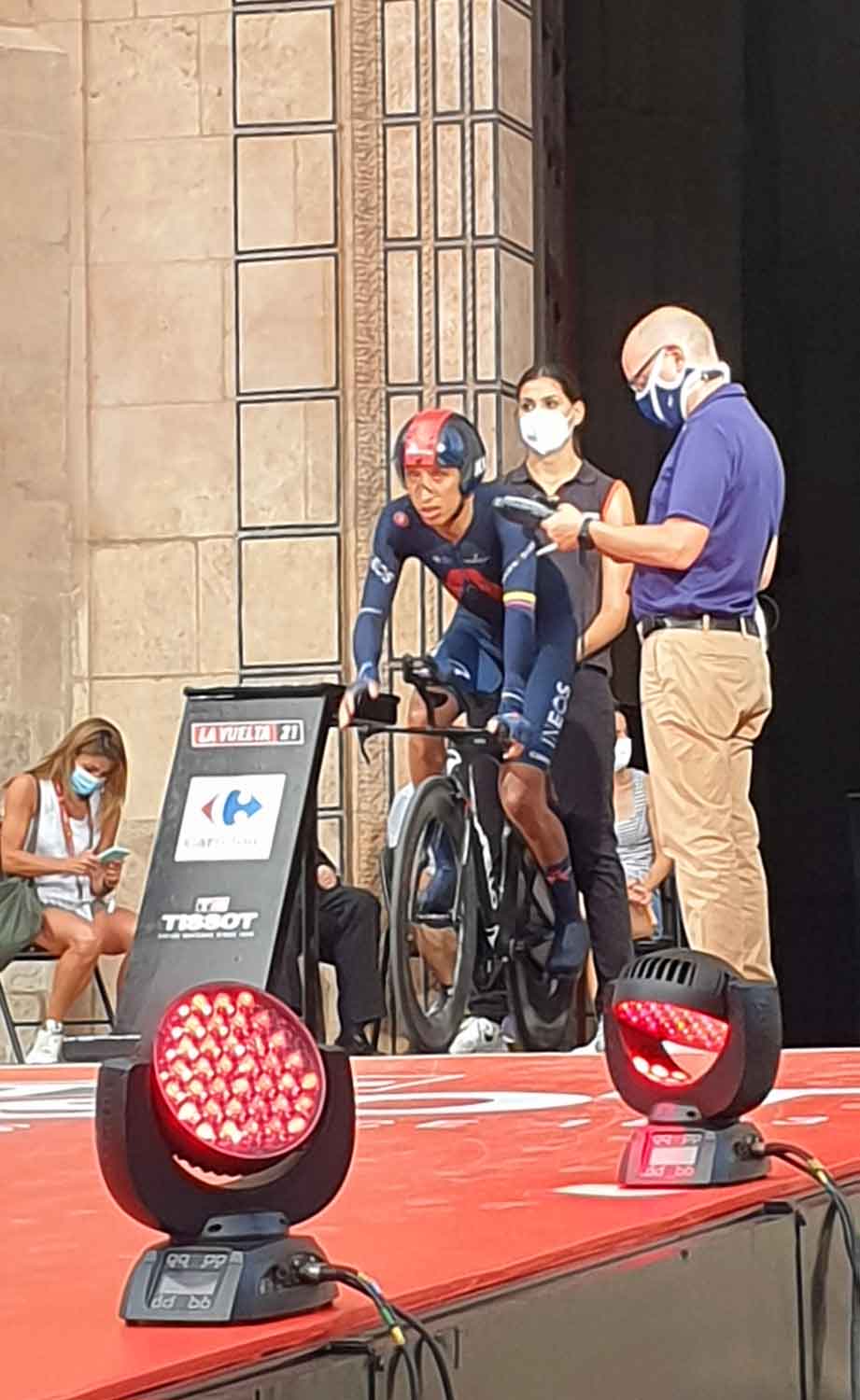 An intense First week of La Vuelta With an individual time trial in Burgos to kick things off (which as the official Vuelta bike tour operator we rode just hours before the pros 😊), Roglic stormed to victory showing his class and strength. A formidable marker was dropped in front of his competitors. Into the red jersery (La Roja) on day 1! 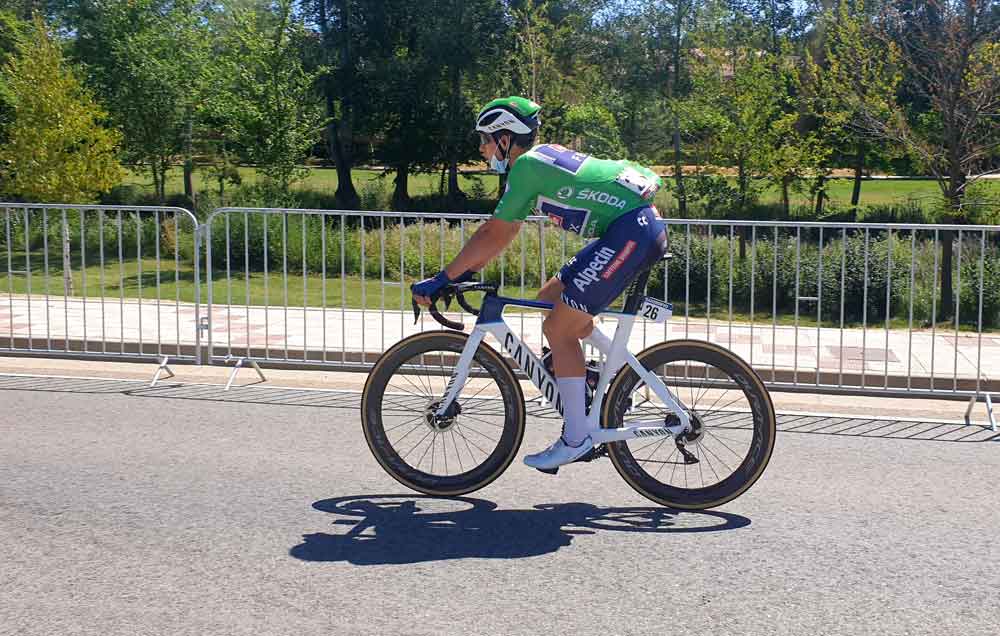 The battle of the sprinters (green jersey points competition) began in earnest in the first week. After a close win by Jasper Philipson (Alpecin-Fenix) at the line of stage 2, he repeated the feat by taking stage 5. However, the sprinting story of the week belonged to Fabio Jakobsen (Deceuninck QuickStep) who also won 2 stages making an incredible comeback after his life-threatening crash into the barriers at the Tour of Poland last year. True grit and perseverance to rise to the top again..

Race Crash puts a damper on the race

Crashing unfortunately is part of pro cycling and the first week had a few pile ups involving the red jersey and we were all saddened to see local hero Alejandro Valverde (Movistar) abandon Stage 7 after losing control on a tiny ridge in the tarmac, veering off the roadside and down a gulley. After bravely remounting it became apparent he was unable to continue and left the race, visibly emotional. Is the last time we see Valverde in a Grand Tour? 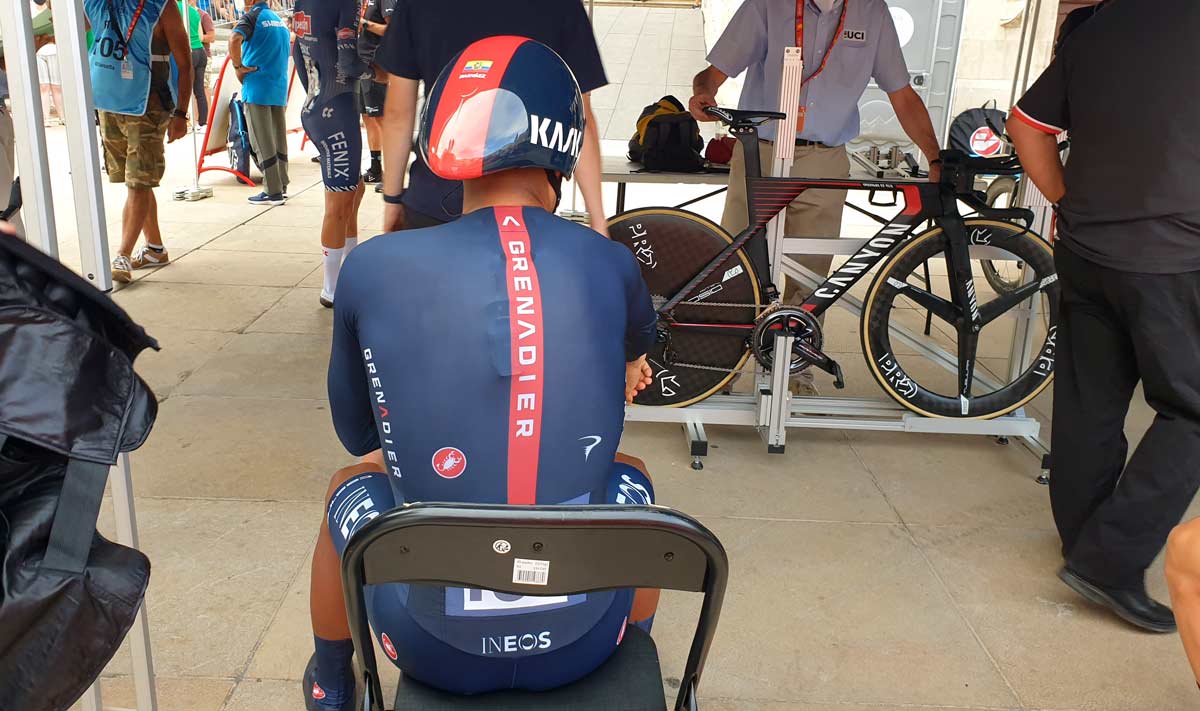 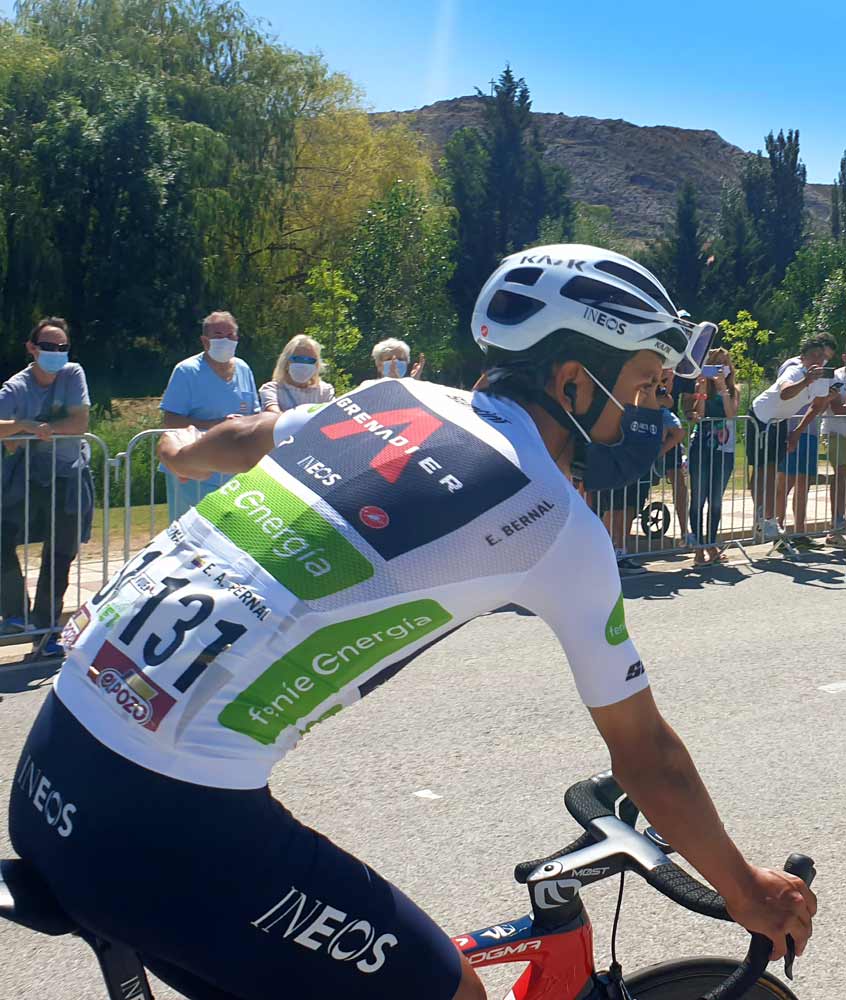 “I actually felt pretty good, but I was not able to handle the changes of pace,” Egan Bernal, Alto de Velefique

The GC really began on Stage 3, on the epic Picón Blanco summit finish – new to La Vuelta but a favourite in La Vuelta a Burgos. As the climbers ascended the ramps of 18%, the hot temperatures dropped to 11C at the summit, as the surprise breakaway rider Rein Tarramae of Estonia (Intermarché–Wanty–Gobert Matériaux) crossed the line first to take red. A great moment for the man we had tipped years ago to one day win a Grand Tour (unlikely now!). Carapaz and last year’s podium success Hugh Carthy (EF Education–Nippo) lost time. Carthy was to abandon on stage 7. Adam Yates (Ineos Grenadiers) looked strong, but Roglic looked in control. Another sign of things to come. 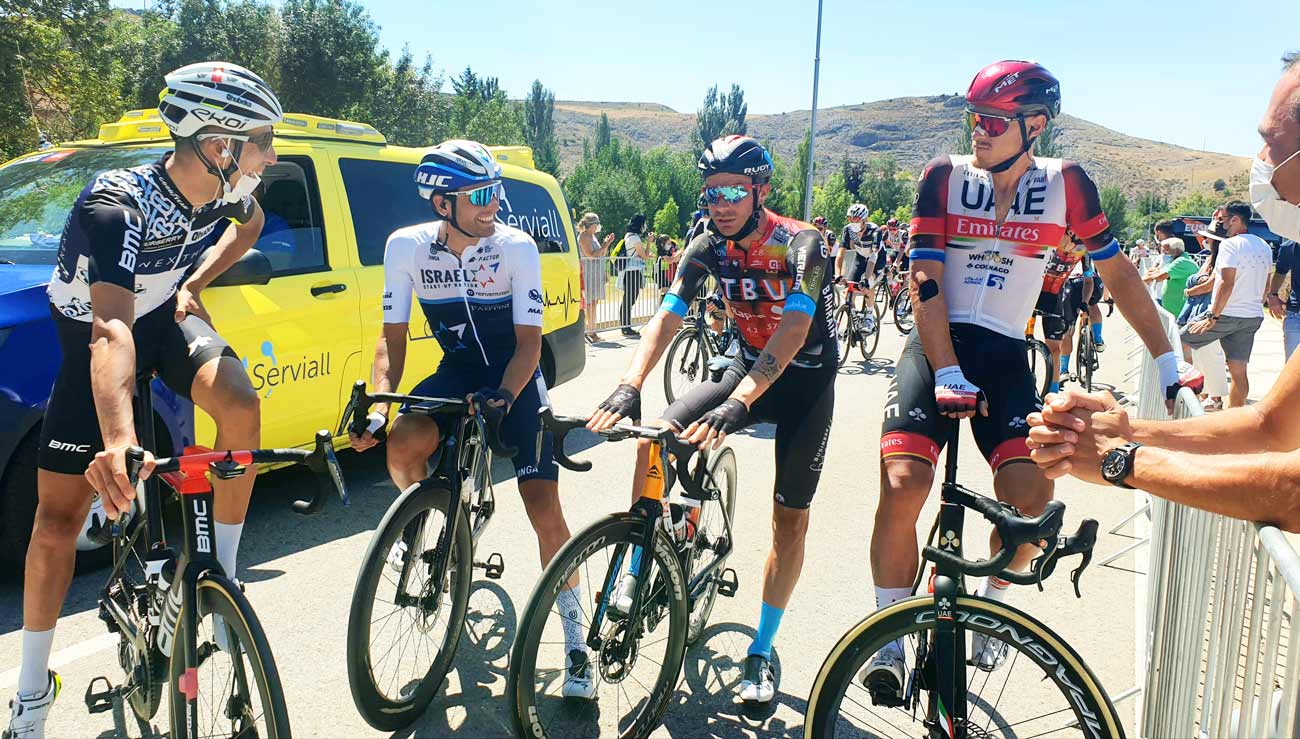 As the race snaked towards Alicante, the Australian climber Michael Storer (DSM) rode a brilliant race to take the stage victory, after attacking with 3.5km to go on the final climb. But the leaderboard was to be shaken up stage 9 on the beautiful hairpin climb of the Alto de Velefique. As temperatures soared again Damian Curuso (Bahrain Victorious) managed to stay away for over 70km to solo for the win. This big Andalusian climb sorted out the pack, as Roglic and Mas finished together, for Roglic to remain in red. It was good to see Jack Haig (Bahrain Victorious) and Lopez in the mix.

The day’s news was the time lost by Landa (4 minutes). But the big surprise was pre-race favourite Bernal struggling on the climb and losing a minute.
More than ever, Roglic is the man to beat.

Cycling Country is an official Tour Operator with La Vuelta, offering cyclists the chance to experience La Vuelta full on. Follow us on Instagram & Facebook for updates! 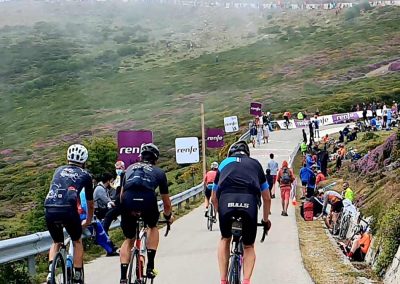 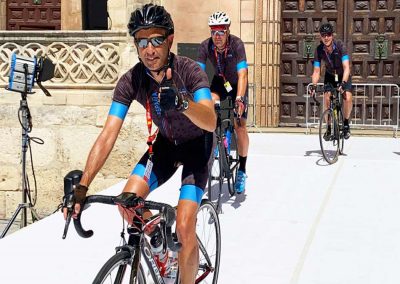 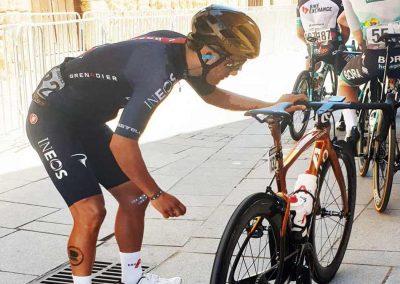 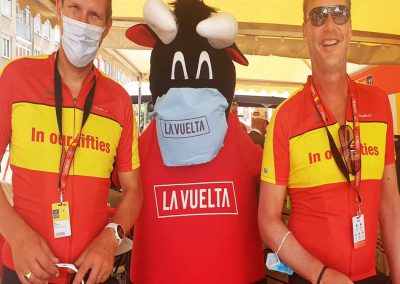