Cycling the French landscape is a Dream
3

France is a country of lovers, artists, great cooks and cyclists.

An enchanted land of lush forests, vineyards, wild flowers, a never ending rolling verdant dotted with more than a thousand Chateaux. A gentler pace, a sweeter breath of air, a refined mixed of stylish gardens with good down to earth cooking.

Whatever it is, the world envies it and has always done so. 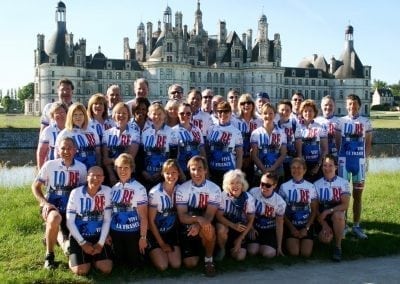 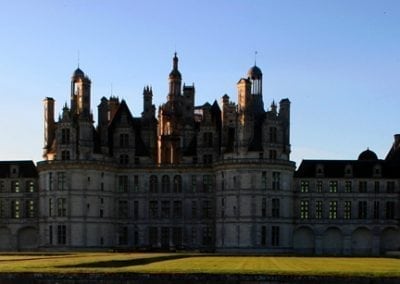 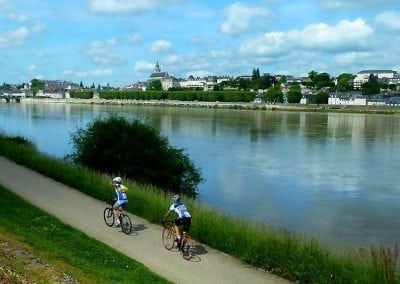 The path along the Loire is filled with the mix of cultures that have permeated this landscape forever. Experience what France is known for, the food, the Chateaux and of course the pastoral landscape of the Loire River itself reminiscent of tranquil watercolours and a wonderful companion to travel with. A terrain filled with beauty but also, of course, history of immense importance, including Palaeolithic remnants, Druid culture, Roman footsteps and the Medieval lives who came before. Enjoy the Ride!

the highlights of the region Chambord is one of France’s most famous Palaces and place of mystery, intrigue and fascinating architectural mixes. Rumoured to have hidden great works of art during WW2, it has many a story in its turbulent history with people such as Da Vinci to the Sun King, Louis 14th, as resident.  It lies inside a huge park surrounded by the largest wall in France, all 32 km of it! Due to its former use as a hunting lodge and now nature reserve, it is possible to see daylight feedings of deer and wild boar.

Chateau de Chenonceaux, which was through many years, the prized possession of queens and king´s mistresses – several times over! The ballroom, built by Catherine de Medici is staggering and Louise of Lorraine´s mourning room for her husband is particularly moving, painted in black with silver stars. However, it was the grandmother, of Famed French novelist George Sand, who brought it back into repute, saved it from disrepair and destruction in the Revolution and even hosted those of the “Enlightenment” such as Voltaire to parties and discourses there.

Amboise is a bustling market town and in which Leonardo da Vinci lived and worked (creating and perfecting some of his masterpieces including the Mona Lisa) thanks to the patronage of King Francois 1st. It is also where he spent his last years. Visit the museum close by and the Saint Hubert Chapel of the Amboise Castle where he was buried. Chinon is a handsome town with a castle resting above the river. Its sturdy walls turn a rich ochre in the sunset.  Beloved by King Henry the 2nd, (Crowned King of England in 1154), who married Elenor of Aquitane and whose son was Richard the Lionhearted.  It is the supposed setting of the 1968 movie, “A Lion In Winter”, where the King heralds his successors to the Christmas court in Chinon.

Saumur a fascinating and wealthy regal place with a wide variety of architectural styles spanning all centuries. Its old quarter harbours a 12th century church with lovely 15th century wooden carvings and the close by 5,000 year Bagneux dolmen is one of Europe´s most important. Its chateau is the most famous and its depiction on the well known medieval prayer book “Les Tres Riches Heures du Duc de Berry”  will be seen on many a postcard and notepad in tourist shops. Angers is a special place to end and its white walled Chateau, moat and gatehouses are once again a treat to wander.  Here the visions of the impressive Apocalypse Tapestries are treasures alone worth the visit.

Orléans, once capital of medieval France, home to one of the world´s most famous female warriors, Joan of Arc but also the gateway into the most romantic area of the Chateaux. Settled in the virtual heart of France, its own streets are full of historic monuments including the most austere cathedral, a sister to Paris’ Notre Dame and with most interesting circular bell towers. Its annual festival commemorating Joan of Arc’s freeing of the city from the British is a highlight and shows her importance here still with 2012 being the year it was her 600th birthday!