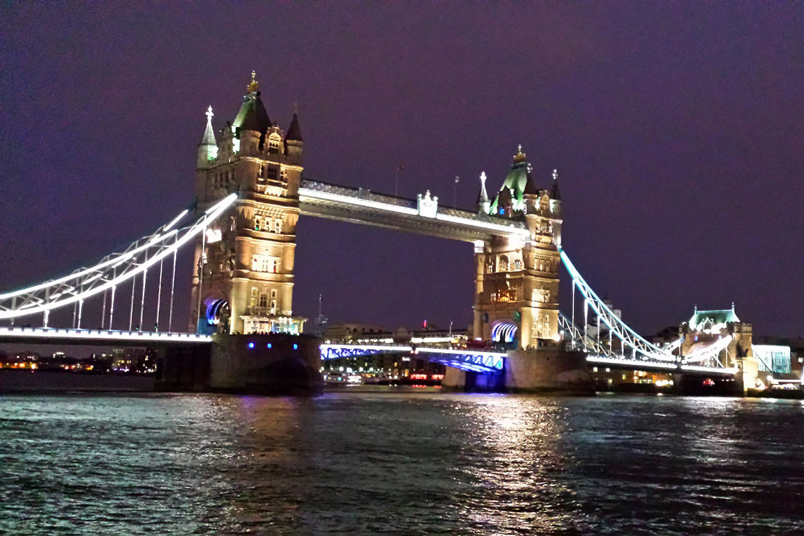 Discover London, England’s East End, infamous due to Jack the Ripper but today a vibrant cultural place to visit.

Starting your bike trip in London, England? Lucky you, it is one of the world’s greatest cities.   Highly recommended is its lively East End, home to the Cockney language and historical monuments. Discover it by taking a walk around this Victorian part, north of the Thames.  Here is a route to explore London England’s East End based on its most infamous resident, Jack the Ripper. London is a bad habit,

one hates to lose.”

The gas lights flicker wildly on the Victorian pub wall, someone laughs, a bit too loudly, almost hysterically, the camera pans catching a pretty young girl stepping daintily into the dark swirling mist, a shadow lurks, the glint of a knife just barely visible.

All screen versions alluding to Jack the Ripper seem to carry similar elements. Many of them, so Fiona our guide this evening on a walking tour of London’s East End told us, are written with considerable artistic licence.  For one thing, all victims of the 19th century killings were destitute women who had resorted to prostitution to fund alcoholic binges and children, “And forget the fog drenched streets,” Fiona remarks, “Every murder night was perfectly clear.” Discovering the English capital is great on bike (thanks to London’s many cycling lanes), though for newbies it probably is better to take a walking tour. Slower but you will capture all the great details fully without worrying about the traffic. One of the best is run by London Walks, who offer two hour conducted strolls on over thirty tour subjects (from ghosts to Harry Potter). Guides are either specialists in their fields or talented actors. Giving excellent one man or woman shows with the theatrical backdrop of London’s larger than life cityscape.  And so, on this stormy autumn night we found ourselves waiting with thirty people in the drizzle (the walks are rain or shine) at Tower tube station beside the iconic Tower Bridge, expectant to hear the bloody tale of London’s most infamous citizen, Jack the Ripper.

Although viewing a tourist destination through a psychopath’s eyes isn’t for everyone, true crime stories have always held a voyeuristic appeal. Thankfully, this walk not only takes us through the horrific couple of months in 1888 when five Whitechapel East London female residents were murdered, but introduces the visitor to a wonderful area of London, England. For centuries the east side of London, with its proximity to the River Thames’ shipping docks and warehouses, has always been the centre for immigrants and subsequently cheap labour. Poor sanitary conditions and overcrowding made this area a squalid place. In Jack the Ripper’s era, the population counted about 800,000 with many thousands of them unemployed and 300,000 others living on the poverty line. The make up was mixed as well, with a large Jewish community in Whitechapel, mingling with Irish, Scots and Germans, all working hard in dangerous refinery and factory jobs here. It’s good they’re holding the Olympics in the East End of London.
Means the athletes will have to use extra skill to work out which gunshot is the starting pistol.” From Victorian times until now, the East End was and has kept its rough reputation.
Overcrowded, unsanitary conditions, marked by violence.

When I asked one old “Eastender”, Lily Russell, a thin and greying women with bird like hands, about Jack the Ripper. She scoffed,  “Euh, that man killed all ‘em people, nah, before my time and we ‘ad too many other things to be scared about.” Referring to the time in the recent past when the German Luftwaffe did their best to pulverize the area in bombing raids night after night during World War II. Thousands of the population were killed. “Now THAT was a dangerous time.”

Famously, the Queen Mother during the war remarked that she was glad that Buckingham Palace had been bombed, so they could look the “East End in the eye” so tragic was their W.W.II plight. In the 1950s & 60s, the East End was notably the stomping ground of the Kray Brothers, think English “Goodfellas”, a sadistic mob duo who terrorized this London quarter. However, nowadays, it is enjoying a renaissance and many trendy bars, restaurants and artists have relocated here, whilst under the shadow of British architect Norman Foster’s 21st century glass extravaganza of the Swiss Re building towering above. The Victorian red-bricked buildings share space with it.

The East End of London is defined as lying north of the Thames and to the east of the medieval walls of the City of London. Tower Bridge also visually aids this frontier start. The group makes it slippery way through illustrious Leadenhall Market, resplendent in its Victorian colour scheme (and recognizable to Harry Potter movie fans), to scamper wetly, across pavements and dark entrances to see the scene of the first murder of Pretty Polly.  Spooky St. Botolph’s bell rings hollowly as we arrive at a dim corridor somewhere in a maze of notorious avenues. St. Botolph’s was nicknamed ‘The Prostitutes Church’ due to the many 19th century ladies of the night who strolled the courtyard on pretence of taking a walk.  A religious site for over 1000 years, it is rumoured to be haunted. As Fiona relates the life story of Jack’s victims, it reads like the casebook of battered and abused women from any women’s shelter today, whose end at the hands of a demented man is violent and sad.

Finishing the horrible tale of one, Fiona, a sturdy girl, strides quickly forward to the next tragic spot, stringing a long line of curious onlookers behind her across the city’s crowded road system. “Sunday is the busiest, but we do the tour everyday, it’s that popular,” she tells me, herding our group away from the other copycat Jack the Ripper walks that have crowded into Mitre Square behind us. “We now follow in Jack the Ripper’s footsteps as he fled the square,” Fiona tells us, as we walk into an almost cul-de-sac of brick houses near Smithfields market, where traders sell London’s best meat cuts. With the narrow corridor lit by a streetlight at the very end, you can almost hear the running footsteps fade away, through the only escape. A mystery to even Sherlock Holmes’ creator

Inflamed by the tabloid press, the events of the autumn of 1888 soon provoked mob hysteria. At the time, forensic science was in its infancy, and Victorian crime labs could only just differentiate between human and animal blood. Most commonly held,  the belief that the last thing one sees before dying, remains on the back of the eye. Thus, police scientists were careful in taking photos of victim’s eyes hoping to see the shadowy killer with knifed poised.  Wide-ranging theories proposed suspects from Queen Victoria’s grandson to Arthur Conan Doyle’s (creator of Sherlock Holmes) own firm belief in a ‘Jill the Ripper’.In all likelihood, we’ll never know the exact identity of the killer.

Tonight, we wander through Petticoat Lane, a 400 year old market. Popular first with Huguenot weavers, then Jewish rag merchants, today is bustling with East Indian and Bangladeshi newly arrived clothes marketers. Petticoat Lane still does a busy trade and Cockney accents are heard flogging everything from polyester socks to bed sheets. The place to pick up those famous jellied eels, why not also roam to close by Bethnal Green’s Columbia Flower Market. Pretty blooms set amongst the 19th century homes and narrow cobbled streets. Next we pass the Ten Bells Pub, open since 1752 and patronized by Ripper’s victims. It is across the road from the Spitalfields Market, another London mainstay (dating from after the fire of 1666), which supports a roaring weekly bazaar of tasty eats (get a Full English Breakfast) and trendy crafts. The walk also takes in the Victorian brick buildings left in the area, many now being reformed into expensive loft apartments close to thriving Liverpool Street, near London’s historical financial district, Wandering the dim lanes, murky, mysterious and not without danger, the mind can play tricks and you can smell the dark clinging scent of London’s East End’s long and  violent history which remains in its cobbled rows. You could be excused from shivering down the spine, especially on a black night when the 21st century seems obscured by the dark slick of a wet November twilight and the memory of a few horrific deaths more than a hundred years ago, Other Things to Do when exploring London England’s East End

Luckily, if you are prone to squeamishness there are other Victorian sites to tour in the East End of London, other than those in the footsteps of a murderer.

The Victorian & Albert Bethnal Green Museum of Childhood might be a good place to start with more fairy tales than nightmares. It is a wonderful collection of children’s toys from throughout the centuries including some dolls from Royal households.

The Museum of the Home | Geffrye Museum is another excellent possibility. The museum is a former alms house with land left by the Lord Mayor of 1685, Sir Robert Geffrye. A series of furnished period rooms show domestic England from 1600 to the present. There is a lovely café as well as an interesting period herb and flower garden.  Free admission

Dickens House, close to the British Museum in Holborn, is the Victorian home of the writer that now survives as a museum. It is the location where Charles Dickens wrote ‘Oliver Twist’. Open Mon-Sat

An excellent museum is the City of London’s The Museum of London containing, along with a vast array of exhibits including excellent Roman mosaics, an interesting reconstructed Victorian walk with shops. It is found close to St. Paul’s Cathedral.