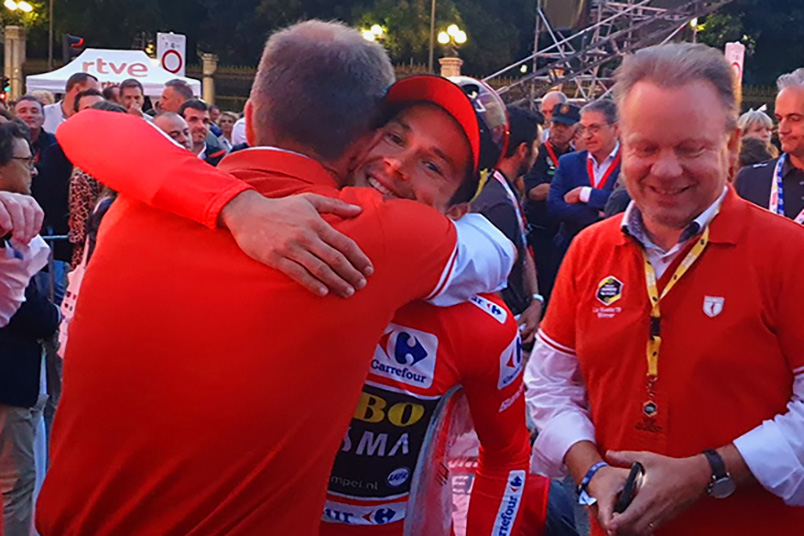 A top field of cycling superstars line up for the start of the La Vuelta a España 2020. Favourites for La Vuelta 2020. Finally, it’s here! The 75th edition of the Spanish Grand Tour kicks off on Tuesday 20 October in Irún (the Basque Country). Cycling fans from around the world will be glued to their tvs. As an official operator for La Vuelta here are our views on the race’s main contenders.

The Covid-19 pandemic has shaped the cycling season and it was unknown whether La Vuelta would even start. But as I sit here writing this, one eye on the positive Covid results coming in from Giro d’Italia, the cycling community is doing its best. For the fans, professionals, teams, sponsors and the infrastructure that relies on this great event whilst weighing up the serious health concerns.

With Covid dramatically on the rise once again in Spain, La Vuelta organisers have banned the public from access to the main climbs. They are rolling out an advertising campaign on Spanish TV and radio asking fans to please stay at home. The success and finale of the recent Tour de France provided an amazing sporting moment between the victor Pogačar and the vanquished Roglič, that hopefully history will prove was worth the inherent risks. We wish for the same spectacular outcome for La Vuelta a España 2020 and the peloton make it victoriously to Madrid for the last stage on November 8.

With this year’s Vuelta crossing the last week of the Giro, the teams had to think carefully about their priorities and team leaders. However, the result is an incredibly strong field and it promises to be an amazing race. The route, shortened to 18 stages from its regular 21, includes some of the most famous summits in cycling (the monster Angliru, the legendary Col du Tourmalet and the showdown at La Covatilla) and a 33.5km time trial. With the cold weather this time of year in the North of Spain and French Pyrenees (the race was postponed from the warmer August), rain, ice and even snow are likely to be a key game-changer for the peloton. Once again, the testing parcours will favour the best and bravest climbers. “The Asturian colossus, Angliru, the judge of La Vuelta, sentencing those who have had a bad day and crowning those who continue to fight for the ultimate victory.”

There are 19 World Tour teams that received the automatic invite to the race and 3 wildcard teams were chosen by the organiser, Unipublic / ASO: Spanish Pro Continental teams Burgos-BH and Caja Rural, plus French team Total-Direct Energie. All teams have 8 riders. There is a full start list of teams and riders below, including our favourites for La Vuelta 2020 Primož Roglič (Team Jumbo-Visma) – The defending 2019 champ returns to La Vuelta, and has been given race bib number 1 in his honour. An amazing all-rounder, whose form in 2020 has been outstanding, the Slovenian narrowly missed out on the TdF win on the penultimate day after leading the race for 11 days straight. To repeat his 2019 Vuelta success would cement his place as one the great riders over the last few years. Is he mentally and 100% physically ready for another Grand Tour so soon after the TdF? Chris Froome (Ineos Grenadiers) – With nothing left to prove in cycling, but everything more to achieve, Chris Froome starts La Vuelta as a favourite on his palmarès, not on his form. The best rider of his generation, Froome a 4x winner of the TdF, a Giro and 2x Vuelta, hopes to compete for the GC after his career threatening crash in June 2019. This will be his last race for Ineos (once Team Sky) before his move to Israel Start Up Nation. A top ten finish would be an incredible achievement. Never say never with Froome. Thibault Pinot (Groupama-FDJ) – Winner of stages in all 3 Grand Tours, Pinot has always been seen as a promising French talent. However, as the years advance (he is now 30), could he finally fulfil his potential with a win at La Vuelta? A favourite rider of many fans, it would be fantastique for him to be the first French winner since Laurent Jalabert in 1995. Richard Carapaz (Ineos Grenadiers) – After his last minute inclusion in the TdF in place of Froome / Thomas (who were deemed out of form), the 2019 Giro winner comes into the race as part of a star team with Froome. It is probable Carapaz will be the undisputed leader of the team if Froome is not performing at his best, and he has the proven ability and support to take the red jersey home to Ecuador.

Enric Mas (Movistar) – A young talent, tipped to win a grand tour, the Spaniard finished an amazing 5th in the Tour de France last month. Known for his climbing ability, the inform home grown talent has already podiumed at La Vuelta in 2018, taking 2nd behind Simon Yates. With the veteran Valverde as a super domestique, Mas should be a serious contender.

Tom Dumoulin (Team Jumbo-Visma) – The winner of the Giro crown in 2017, Dumoulin came close in 2018 to adding to his Grand Tour victory with 2nd places in both the TdF and Giro again. However, a terrible 2019 due to injury saw him leave Team Sunweb and sign for the powerful TJV. Supporting Roglič in this year’s Tour and still placing 7th, could Roglič be helping Dumoulin to his first Vuelta title? Dumoulin knows what it takes to wear red after narrowly losing the race in 2015 to Fabio Aru on the penultimate day. 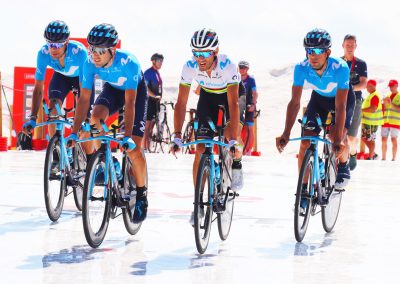 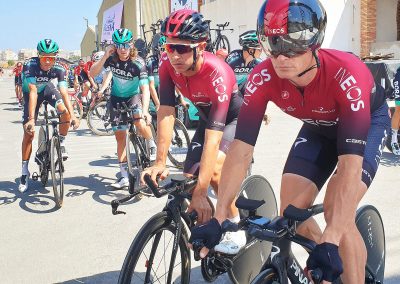 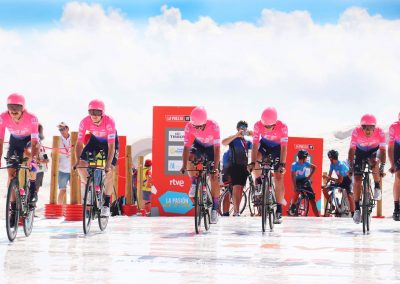 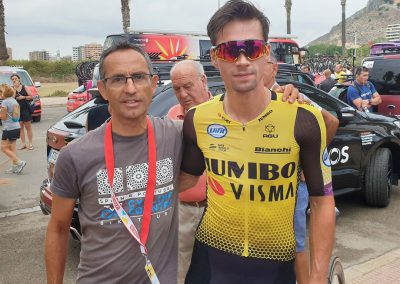 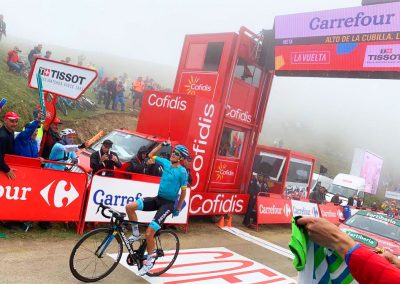 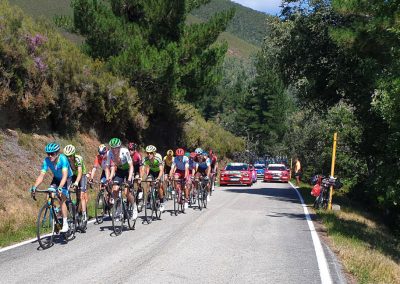 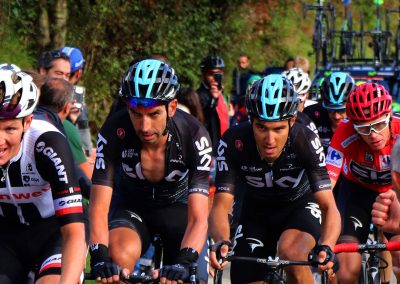 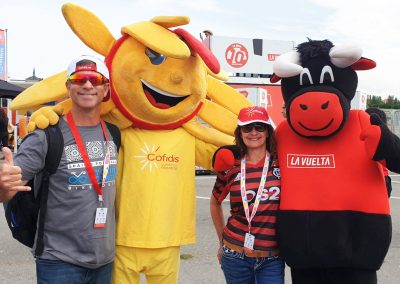 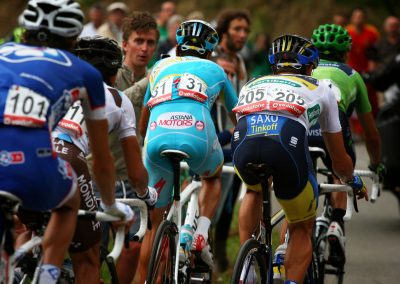 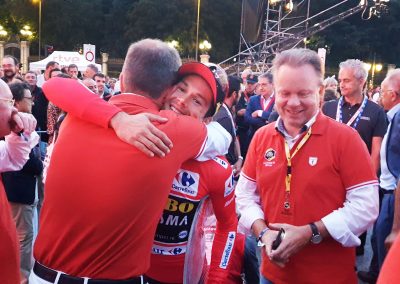 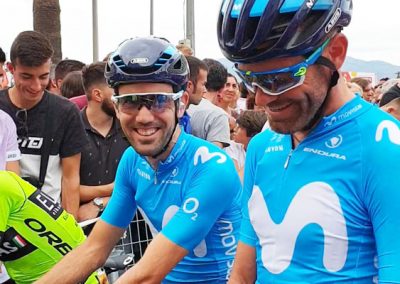 Notable Others at La Vuelta 2020

Sepp Kuss (Team Jumbo-Visma) – If the races points to Kuss, he will have Roglič and Dumoulin in support (and Bennett and Gesink!)

Dan Martin (Israel Start Up Nation) – Can Martin deliver a stage win, his first at La Vuelta since 2011?

Daniel Martínez (EF Pro Cycling) – Leader of the “Duck jersey team”, Martinez recently won a stage in the TdF and moves to Ineos Grenadiers in 2021

Sam Bennett (Deceuninck – Quick-Step) – Not for the GC, but the green jersey sensation from the TdF comes to try his Irish luck in Spain